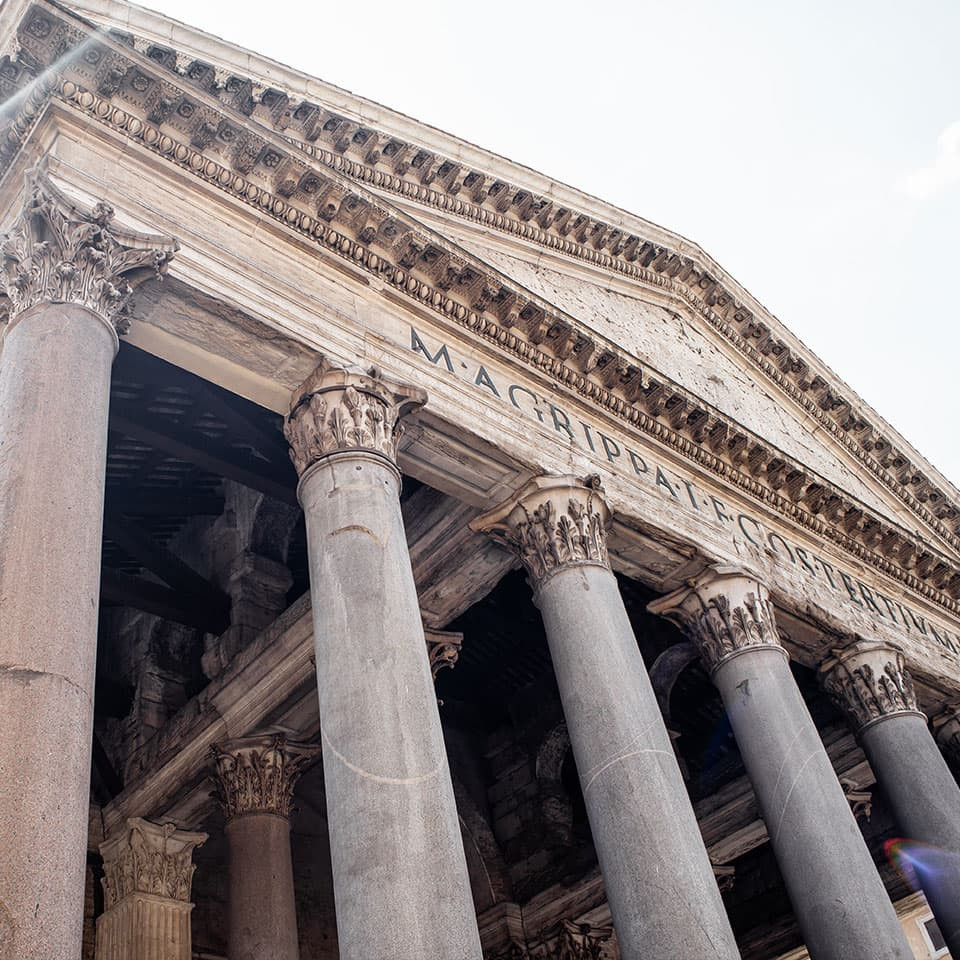 The Pantheon is the best preserved building since Roman times in the whole city, greatest architectural work of art of all times, it was the inspiration of the most famous Renaissance artists, so much so that Raffaello wanted to make it the place of his eternal rest.
It is hidden among the narrow streets of the Trevi neighbourhood, very close to Piazza Navona, and when seeing it for the first time, with its proportions and structure, it is trully astonishing.
Built in 27 BC by Marco Agrippa, Augustus' son in law, it was originally dedicated to the seven planetary deities: thus the name ""Pantheon"", which in Greek means ""Of all Gods"".
The building was totally rebuilt by Hadrian between 18 and 125 AD, who also enlarged it and reversed its orientation by 180 degrees, and opened a large arcaded square in front of the new temple.
Closed and abandoned under the first Christian Emperors and subsequently sacked by the barbarians, the Pantheon became a Christian church during the seventh century.
Inside the building you can admire the immense dome and oculus (the opening in the dome), capable of giving this place a rather unique lightning.
The visit is free, but if you'd like to learn more about the fascinating history of this monument you can buy an audio guide or book a guided tour.

BUY THE TICKETS
See all