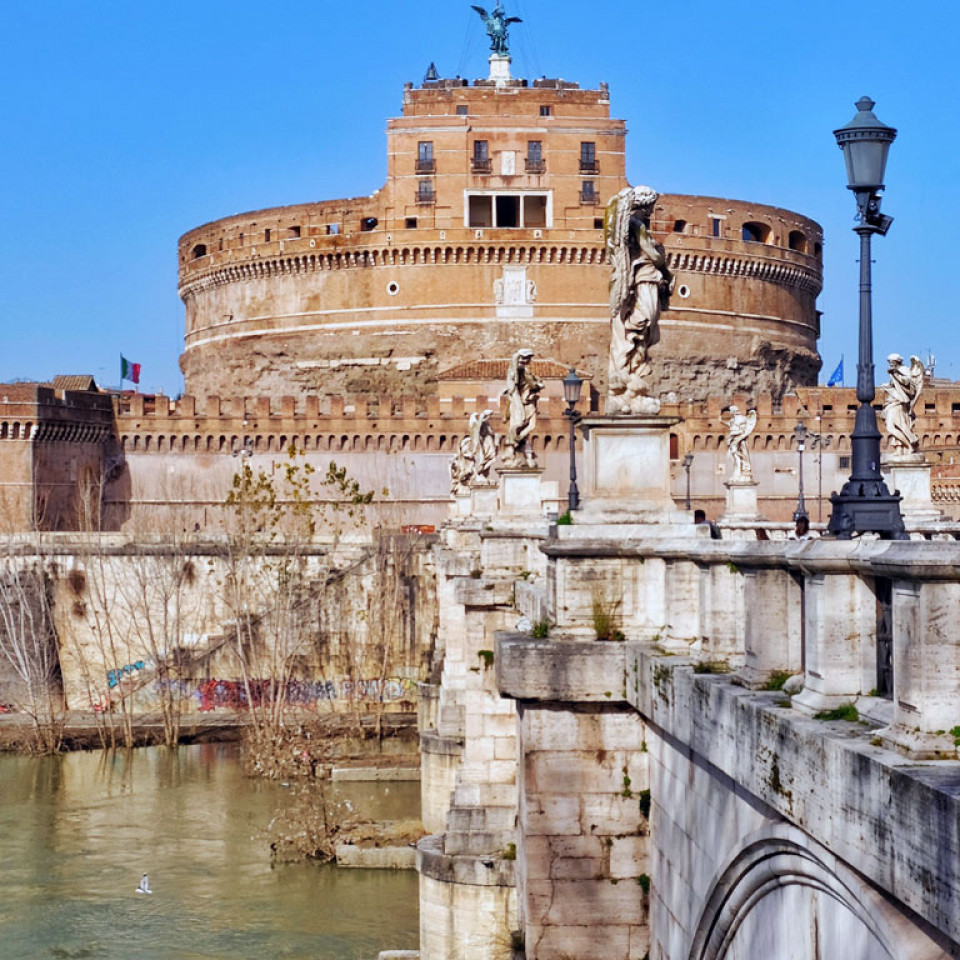 Sant’Angelo Castle. Right in front of the castle there is located the bridge of the same name.
The Castle was originally built in the IInd century AD by Emperor Hadrian, who made it his own mausoleum, and only in the 4th century dit it become a papal fortress.
The Bridge also has the same Roman origins: it was built in 136 AD to connect the city to the entrance of the mausoleum.
Nowadays, Sant'Angelo Bridge is decorated with 10 statues depicting angels, all designed by Bernini in 1600.
From the Bridge, you will have an astonishing scenic view over the city and Tiber river.
The current name, according to legend, comes from the encounter that Gregorio Magno had had in 530 right on the top of the castle, with an angel who came to announce the end of the plague.
For many centuries, the fortress played a military role of great importance: it was in fact the refuge for the popes during invasions, so much so that in 1227 was connected to the Vatican Palace through a direct access.
Nowadays we can find a collection of weapons that were used by soldiers to defend the fortress, the tombs and the ancient appartments of the popes.
As for many other tourist places in the capital city, you can buy the skip-the-line tickets to visit the castle.
Once at the fortress, don't miss the great view while walking along the ramparts!

BUY THE TICKETS
See all