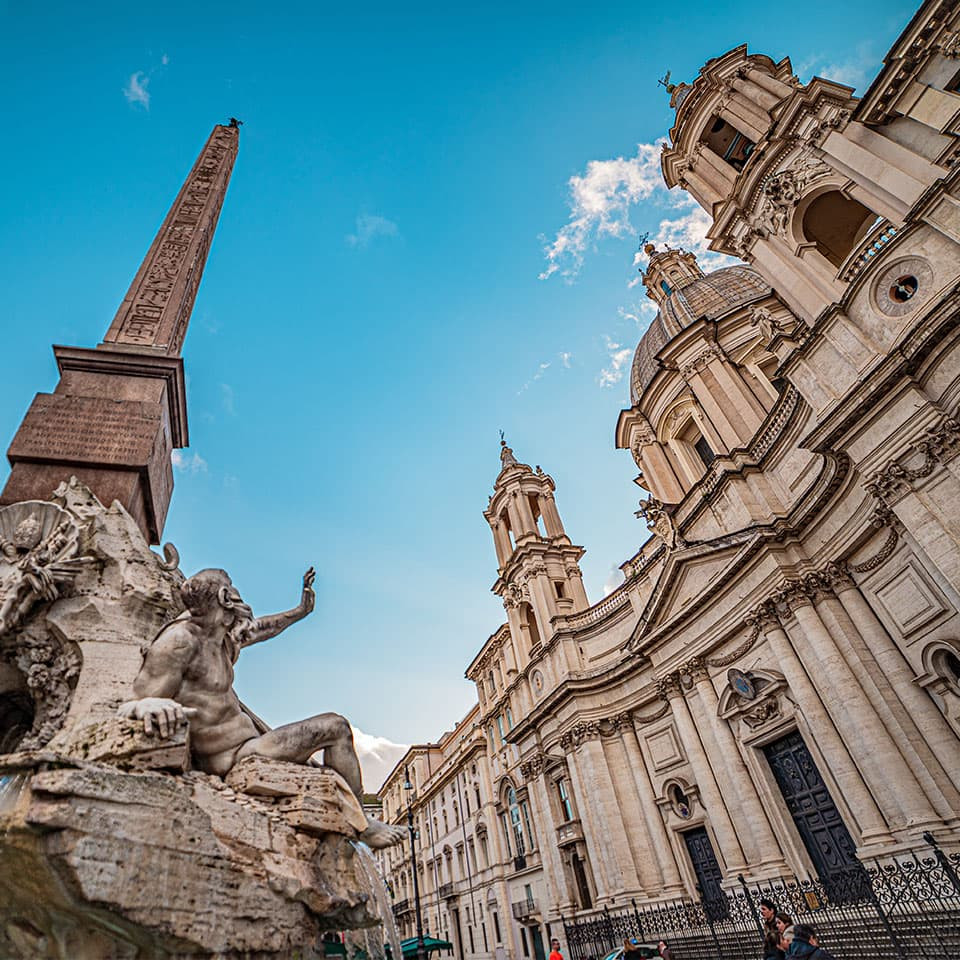 Another destination not to miss is Piazza Navona, a splendid baroque masterpiece in the heart of the historic center.
While you rest in the shade of one of the many outdoor areas sipping from a coffe or eating an icecream, you will be able to admire the three majestic fountains that characterize it.
The Quattro Fiumi Fountain, the biggest and most imposing, built between 1647 and 1651 by Bernini, is a scenographic complex positioned in the center of the square, with an imposing sixteen meters high obelisk, which celebrates and witnesses the Papal power in the world.
At the Southern ends of the Square, is the Fontana del Moro, the oldest of the three: a colossal sea-man standing on an enormous shell while fighting with a dolphin. Based on an original drawing of Bernini, the work of art was sculpted in 1654 by master Ludovico Rossi di Fiesole.
At last, on the opposite side, there is the Fontana del Nettuno, designed in 1574 by Giacomo della Porta.
However, the work that pope Gregorio XIII commissioned was never completed and for about three hundred years the fountain remained without sculptures.
As a matter of fact, Neptune and the other sculptures date back to 1800.