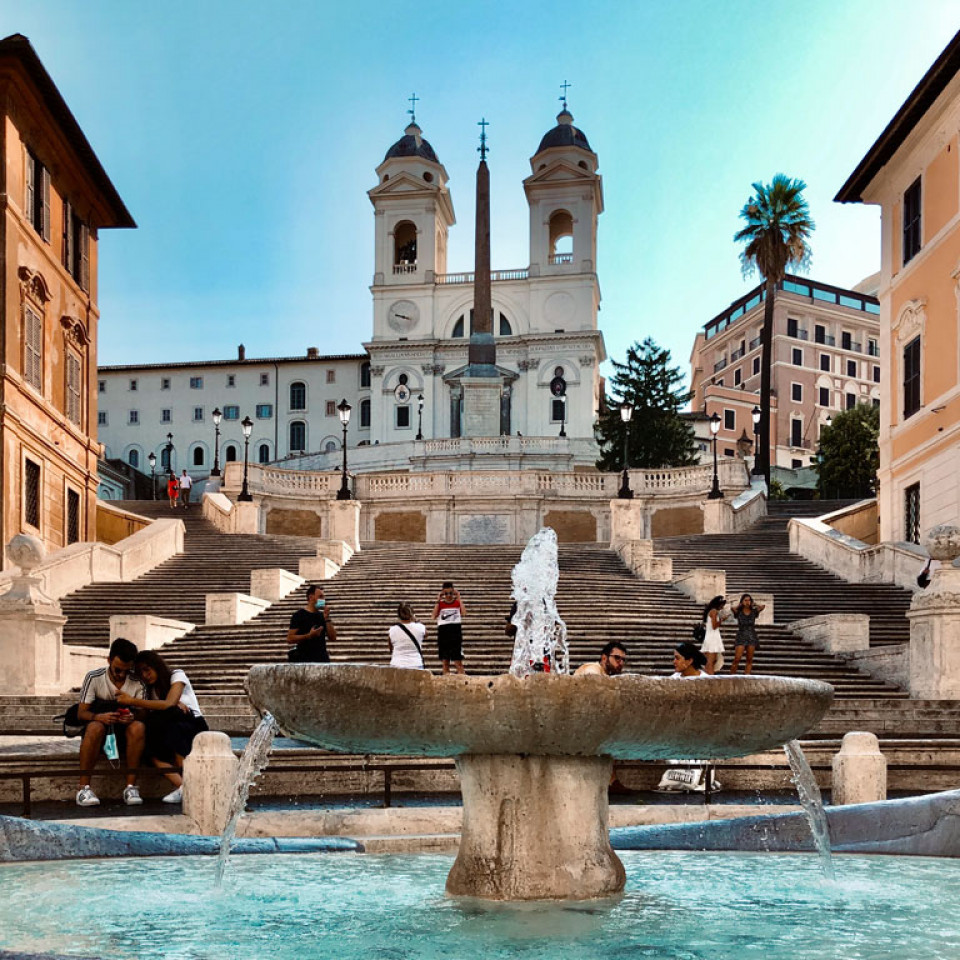 Piazza di Spagna owes its name to the presence of the Spanish Embassy, which has had its headquarters here since the seventeenth century.
Located at the meeting point of the three main streets of the city center, its monumental staircase that leads to the Trinità dei Monti church is an extremely suggestive and very famous meeting place, teeming with either tourists and Romans.
In this square you can admire the Barcaccia fountain, designed by Pietro Bernini for Pope Urbano III and constructed by his son Gian Lorenzo Bernini in 1627.
Starting from here, after having had a rest on the steps of the staircase, you can lose yourself in a shopping spree: all you have to do is to chose among the wonderful shop windows of Via dei Condotti, one of the most famous streets of the city, which hosts well-known luxury brands and haute couture names, from Armani, to Prada, to Gucci, to Versace, and the accessible fashion stores like Zara and H&M.